Janine Cossygraduated from the University of Reims working under the supervision of Prof. Jean-Pierre Pète. After a postdoctoral stay with Prof. Barry Trost (1980-1982) at the University of Wisconsin, she returned to Reims where she became Director of Research of the CNRS in 1990. The same year, she moved to Paris to become Professor of Organic Chemistry at the Ecole Supérieure de Physique et de Chimie Industrielles de la Ville de Paris (ESPCI ParisTech). She has published over 450 articles and filed thirteen patents in the field of synthetic organic chemistry and natural product synthesis. She is Associate Editor at Organic Letters since 2005. In 2017, she was elected at the french Académie des Sciences. She has also been awarded lots of honors, including Susan P. and Barry M. Trost Award in Organic Synthesis (2016), E.C. Taylor Senior Award of the International Society of Heterocyclic Chemistry (2015),Prix Le Bel from the Société Chimique de France (2009),CNRS Bronze Medal (1987), CNRS Silver Medal (1996).Her work focuses on the total synthesis of natural biologically-active products like anticancer agents, antibiotics,anti-inflammatoriesor products acting on the central nervous system. She has also conducted research on free-radical reactions and photochemicalreactions. 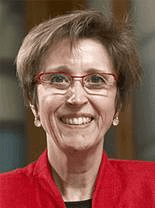